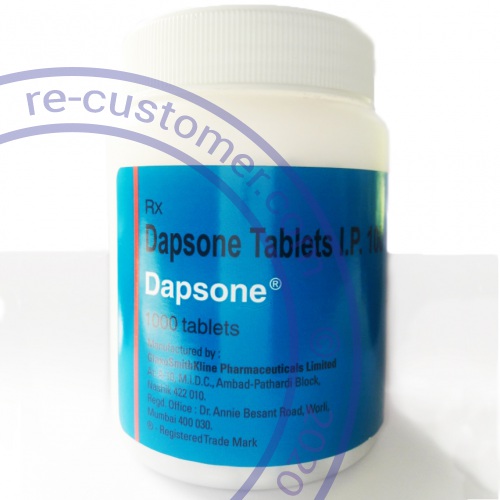 Generic Aczone Dapsone 100mg – instructions for use. Generic Aczone Dapsone 100mg is used for Leprosy in combination with other drugs that are effective for Leprosy, as well as dermatitis herpetiformis and  bullous pemphigoid (in combination with glucocorticosteroids and immunosuppressants or monotherapy for mild course). In some cases, it is used for the treatment of vasculitis (in complex therapy).

The drug is best taken after a meal with plenty of water. It is usually used in complex therapy. The drug is not taken for a day after a week (for example, on Sundays).

Dosage and duration of reception

If it is necessary to take Dapsone during pregnancy, the expected benefit to the mother and the possible risk to the fetus should be correlated. In the first 4 months of pregnancy and lactation, the drug should be prescribed only if absolutely necessary, with extreme caution.

Since Dapsone is secreted into breast milk, women taking the drug should stop breastfeeding.

At the beginning of treatment there may be headache, abdominal pain and nausea, vomiting, pancreatitis, fever, phototoxicity, tachycardia, albuminuria, hypoalbuminemia without proteinuria, nephrotic syndrome, papillary necrosis, infertility in men, systemic lupus erythematosus, a syndrome similar to infectious mononucleosis usually passing with further administration of the drug.

There are no exact data on lethal doses. There is only a single case when taking 14 g resulted in death, and there was also a case when the patient survived after taking 15 g of Dapsone.

It is necessary to do gastric lavage. After that, you should take activated charcoal and possibly a laxative for several days (40 ml of 20-40% sorbitol solution).

Infusion therapy is performed to enhance the excretion of sulfone and prevent kidney failure (the introduction of a sufficient amount of fluid with diuretics and sodium bicarbonate to alkalize the urine).

Treatment of methemoglobinemia is performed by administration of methylene blue 1 % 02 ml / kg intravenously and / or vitamin C (2 g / d). In the case of severe overdose, early hemodialysis is indicated, an infusion of red blood cells or a blood transfusion. It is necessary to carry out the oxygen therapy or artificial respiration for pO2 control. Symptomatic therapy.

The patient should be informed that if a bluish color appears on the lips and nails, they should immediately inform the doctor.

In special cases, if the use of the drug in patients with severe anemia is necessary for “vital” indications (for example, in dermatitis herpetiformis), therapy should be carried out with strict control of hemoglobin parameters.

It should be borne in mind that side effects from the blood are usually more pronounced in elderly patients. The effect of the drug on the ability to drive vehicles is highly unlikely.